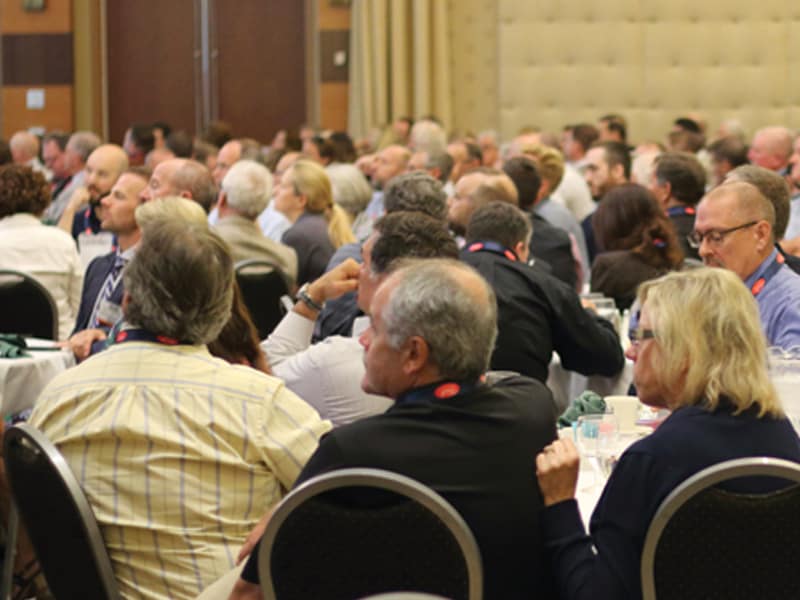 At its 2019 annual membership meeting, the New England Fuel Institute, or NEFI, resolved to henceforth refer to the heating oil industry as the “renewable liquid heating fuels industry.” The name change is a move “to better reflect [NEFI’s] commitment to a low carbon and energy independent American economy, and in acknowledgement of the unparalleled achievements of its members in this regard.” NEFI is a regional business and trade association that represents the home heating fuels industry in greater New England. Read the full resolution below.

WHEREAS the New England Fuel Institute, Inc. (hereinafter “NEFI”) is dedicated to the preservation and promotion of the home heating oil industry and the interest of its constituent businesses and their employees and consumers; and

WHEREAS the industry has delivered warmth, comfort, safety, and security to countless American families for 85 years and continues to serve approximately six million homes and businesses nationwide, including more than five million in the Northeast United States; and

WHEREAS the average retail heating oil company, often referred-to as a “fuel dealer,” is a multi-generational family owned and operated business that retains a median of 25 employees and is emblematic of the quintessential small Main Street American business; and

WHEREAS these businesses have made and continue to make vital contributions to regional, state, and local economies by delivering a safe, well-regulated and storable fuel for space and water heating and emergency power generation, and therefore play an important role in regional energy security and reliability; and

WHEREAS, according to the National Oilheat Research Alliance, the industry has made considerable gains in energy efficiency and conservation that has resulted in an average of a thirty percent (30%) reduction in fuel use per home since 2000; and

WHEREAS, as a result of the industry’s own advocacy efforts, most heating oil sold in the Northeast is required by law to contain no more than 15-parts-per-million sulfur, which reduces emissions and improves air quality, reduces maintenance intervals and related consumer costs, and greatly improves system efficiencies and the longevity of individual heating appliances; and

WHEREAS the industry can play an even greater role in reducing greenhouse gas emissions and advancing American energy independence by transitioning to higher blends of renewable fuels, including renewable liquid fuels derived from locally sourced feedstocks and produced by American businesses, and that can achieve a net-zero carbon emissions profile by 2050; and

WHEREAS the National Oilheat Research Alliance is committed to conducting ongoing research on higher blends of renewable low-carbon liquid fuels in heating oil with the goal of attaining a fifty percent (50%) blend level by 2030, and

WHEREAS the industry is committed to seeking a significantly reduced carbon emissions profile by 2050 through use of higher blends of renewable low-carbon liquid fuels, and

WHEREAS the foundation for the infrastructure to store and deliver these renewable low-carbon liquid fuels is already in-place, and that the home heating oil industry is committed to further collaboration with wholesale terminal asset owners to ensure that higher blends can be accommodated in the future; and

WHEREAS these fuels can be safely used in existing home heating appliances with small investments in system modification, or by means of an affordable and easy-to-install retrofit, and offer the cost-effective means of carbon reduction in the home energy market; and

WHEREAS this transition to heating oil blended with renewable low-carbon liquid fuels is helping to meet state and federal greenhouse gas reduction goals, and will provide an alternative to state and federal policies, regulations, and laws that  seek to eliminate heating oil through incentives, subsidies, or high fuel costs resulting from a carbon tax, fee or other pricing mechanism; and

WHEREAS failure to transition to a renewable heating fuel and lower carbon emissions in the timeframes set-forth by many policy proposals and in some states, previously enacted laws, could jeopardize the industry’s competitiveness and long-term viability, and

IN ACKNOWLEDGEMENT of the many contributions made by these mostly small, Main Street American businesses and to preserve the important role they play in promoting economic growth and job creation in their local communities and the welfare of the environment and public health, and in ensuring regional energy security and reliability, now therefore be it

RESOLVED that NEFI remains committed to the advancement of renewable, low-carbon liquid heating fuels and the promotion of their production, sale and use throughout the industry; and be it further

RESOLVED that NEFI supports the research, development and deployment of advanced biofuels, cellulosic feedstocks, and space heating technologies necessary to achieve a 50% reduction in fossil fuel-based carbon emissions within the heating oil industry by 2030 and a net-zero carbon emissions profile by 2050, and be it further

RESOLVED that NEFI will deploy staff and other resources and coordinate with industry associations and other likeminded organizations at the local, state, and federal level as necessary to advocate for government policies and reforms in furtherance of the goals; and be it further

RESOLVED that NEFI stands ready to deploy staff and other resources to conduct advocacy campaigns, organize educational programming, engage public relations and media-outreach initiatives, and other activities in furtherance of these goals; and be it further

RESOLVED that NEFI will henceforth refer to the heating oil industry as the “renewable liquid heating fuels industry” to better reflect its commitment to a low carbon and energy independent American economy, and in acknowledgement of the unparalleled achievements of its members in this regard.

Unanimously approved with instructions to incorporate revisions and suggested amendments at the NEFI Annual Membership Meeting in Springfield, Massachusetts, on June 5, 2019. Amendments incorporated and finalized on June 11, 2019.